What private equity and bankruptcy means for workers 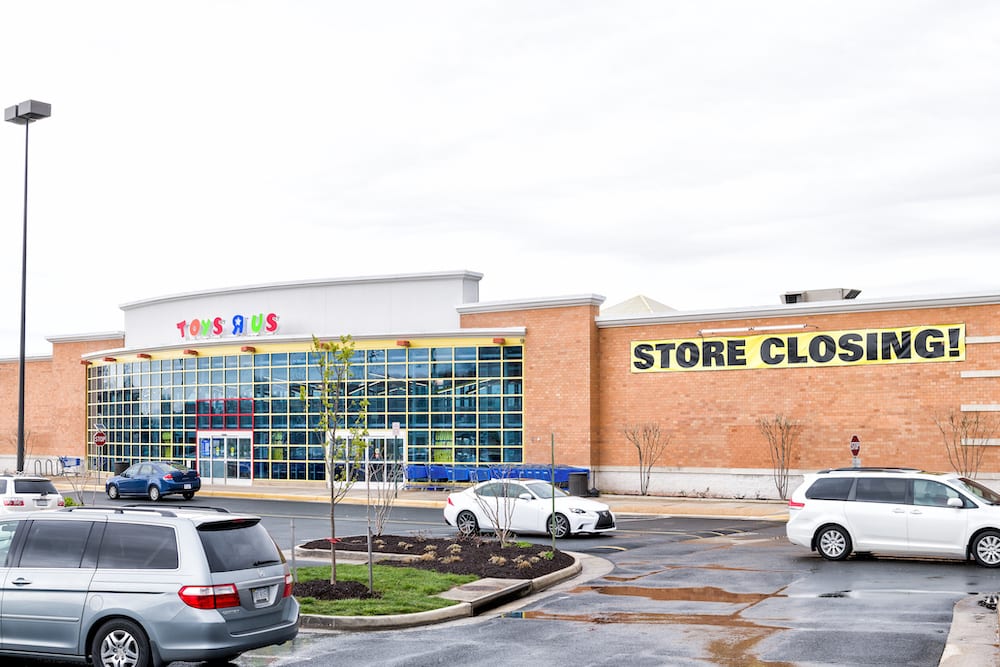 Is your employer backed by private equity or facing bankruptcy? From potential job losses to lower wages and more, keep reading about what to watch for and how to protect yourself and your coworkers.

The private equity industry has taken on an increasingly large role in the U.S. economy. While its influence is not always readily apparent to the public, the trillions of dollars of assets owned by the industry -- often behind some of the largest corporate brands with which we’re familiar -- has an enormous impact on workers.

First off: can you explain what is “private equity” and where do these firms get their money?

Private equity firms are Wall Street firms that buy up companies with the goal of making large profits for themselves and their investors, either by extracting cash from the company, selling the company after a few years for a profit, or both.

Rather than just buying stock in companies, private equity firms buy whole companies – like Toys “R” Us, PetSmart, and Panera Bread, for example – which they then control. They can then fire and replace management, change the company’s strategy, and so on. You’ve said that the “private equity industry is massive, hugely influential, and playing a role in more and more aspects of life in the US and around the world” -- including owning companies that “employ more than 11 million American workers.”

Can you tell us more about how private equity firms have been able to expand their influence so rapidly?

In addition to workers’ retirement savings, the other place private equity firms get money to invest are banks and other lenders. Private equity relies heavily on debt.

Those companies (e.g. Staples, PetSmart) are then responsible for paying back those loans, not the private equity firm that benefits from them. As a result private equity-owned companies end up with lots of debt – and so may be more likely to go bankrupt.

Because they put so little of their own money at risk, private equity firms have been able to expand quickly, buying up bigger and bigger companies, and affecting more and more workers along the way. What are some of the impacts on workers that you’ve seen when private equity firms have taken over companies?

There have been academic studies that show that equity takeovers generally result in significant job losses and decreases in average worker wages at the companies they buy.

The impact of private equity on jobs has been particularly stark in some industries, like retail.  In July 2019, we found that over the prior decade, private equity-owned retailers had shed 600,000 jobs at companies like Toys R Us, Sports Authority, Sears, Shopko, and others even as the retail industry as a whole added a million jobs.

Even in cases where private equity-owned companies are doing well, workers may not benefit.  For example, while private equity-owned retailer PetSmart (owner of Chewy.com) has seen its sales grow during the pandemic, PetSmart employees have complained that the company has not provided hazard pay or adequate personal protective equipment and has laid off employees.

What are some changes workers should watch out for when their employer is taken over by private equity?

Private equity firms typically play a behind-the-scenes role at the companies they buy, so it may not be immediately clear what impact they are having. Often, private equity owners will work with existing company executives, who may receive large pay and incentive packages in return. For example, safety net hospital company Prospect Medical Holdings paid out hundreds of millions of dollars in dividends and fees to its private equity owners, and to its top executives even as the hospital chain at times struggled to pay for some medical supplies and gas for ambulances.

Private equity investors will almost always take seats on the company’s board, sometimes the majority of seats.

If the company is growing quickly by acquiring competitors, that may also be a sign of private equity ownership.

Don’t be fooled by their behind-the-scenes role. Private equity firms typically take controlling stakes in companies they invest in – meaning they have the power to say what the company does, and to fire and replace company management if they want.

When raising issues that need to be changed at the company, workers should also reach out to the firm’s private equity owners or investors – they may prove to be the real decision maker.

If a company controlled by private equity firms hints that it may be approaching corporate bankruptcy, what is most important for workers to know about the process?

Private equity firms use lots of debt to buy companies – putting those companies at greater risk of bankruptcy.

Corporate bankruptcy sounds scary and can have dramatic impacts on a company’s workers.  That said, bankruptcy does not automatically mean the company is going out of business or closing locations.

Companies declare bankruptcy when they cannot pay off their debts – including debts that private equity owners added to the company. Companies use the bankruptcy process to reduce debts, get out of leases, and otherwise reduce what they owe.

Workers at a company going through bankruptcy should not automatically assume that they won’t have jobs. Many companies often emerge from bankruptcy under new ownership with less debt.

But even if companies emerge from bankruptcy, sometimes workers can be hurt. Companies may try to use the bankruptcy process to break union contracts, get out paying employees’ pensions, or close locations, leading to layoffs.

So it is important for workers to keep a close eye on the bankruptcy process – and press for protections along the way.

Where can workers have influence in the corporate bankruptcy process?

Workers should not assume that because their company is bankrupt, they automatically have to be the ones to take the hit.

After all, companies often pay bonuses to executives during the bankruptcy process to encourage them to stick around. Why not do the same for the company’s frontline workers who actually keep the company running on a day-to-day basis?

Even bankrupt companies may be backed by investors and lenders that took out hundreds of millions or billions of dollars in fees, dividends, or interest payments.

While US bankruptcy law does not give a lot of power to workers, employees have had success at raising their voices and demanding their jobs be protected in the bankruptcy process, or at the very least they receive severance if the company closes locations.

For example, in 2018 workers at Toys R Us workers were successful at winning a $20 million hardship fund from the company’s private equity owners. More on this below.

Earlier this year, department store chain J.C. Penney filed for bankruptcy. The company received offers from multiple groups of bidders. Private equity firm Sycamore Partners, which also owns retailers Staples, Belk, and The Limited, reportedly offered to acquire J.C. Penney and merge it with Belk, keeping just 250 stores open and liquidating the rest, which would have led to at least 40,000 more job losses.

Retail workers sent a letter to the judge overseeing J.C. Penney’s bankruptcy case opposing Sycamore Partners’ bid and asking the bankruptcy court to prioritize jobs in selecting a buyer for the retailer. From the letter:

“Sycamore Partners has a history of stripping assets from retailers, leading to store closures and layoffs at retailers like Nine West and Aeropostale. Sycamore Partners owns Belk, a company that one of us are currently furloughed from during the COVID-19 pandemic. Under Sycamore’s ownership, Belk has shut down stores and laid off hundreds of employees.

Selling J.C. Penney to an asset stripper that will shed 44,000 jobs is not what J.C. Penney – or our country – needs right now.”

J.C. Penney was ultimately acquired instead by other buyers that will retain or preserve the more than 60,000 jobs at the company. In a high-profile success for workers, former employees at Toys “R” Us took action together after the chain declared bankruptcy and closed stores across the country. They won a hardship fund from the private equity firms that owned the retailer.

Tell us more about what they won and how they did it.

In 2018, Toys “R” Us workers learned that their company was shutting down and that the company had terminated its severance plan. Toys “R” Us was owned by private equity firms that had taken almost $500 million in fees and interest from the retailer before taking the company in bankruptcy.

When the company told them there was no money for severance, Toys “R” Us workers began taking their case to the company’s private equity owners, their investors, elected officials, members of the media, and others with the support of United for Respect.

Ultimately, Toys R Us workers were successful at winning a $20 million hardship fund from the company’s private equity owners.

Coworker.org is a global platform to advance change in the workplace. Our platform makes it easy for individuals or groups of employees to launch, join, and win campaigns to improve their jobs and workplaces. You can start your own campaign for changes you want to see in your workplace here at Coworker.org, or contact us at [email protected] if you would like to discuss a workplace issue with our team.